At some point in the discussion of sake with anyone with a passing interest, the name Philip Harper pops up eventually. For those that aren’t familiar, Philip Harper is Japan’s only non-Japanese toji (master brewer). An Englishman who developed a taste for the rice brew early on in a stint in Japan teaching English around twenty years ago. What started with a job helping out at a local brewery when time permitted eventually led to a full-time job which then led to work with some more breweries, further study and now his status as master brewer for Kinoshita Brewery in Kyoto.

While Mr Harper’s unique position as Japan’s only ever foreign toji is worthy of praise as a testament to his tenacity and determination to succeed in a profession steeped in a tradition not so open to outsiders, it isn’t defining. The sake Philip is producing is not the sake of a foreigner trying to change the rules or put his own British spin on things. Fortunately, it is the sake of someone who has obviously learnt the craft as any Japanese would have, resulting in sake of true quality, depth and style.

The Tamagawa Junmai Ginjo I’ve been ploughing my way through these last few days is an almost rustic brew. It doesn’t have the showy, fruity ginjo nose that can be apparent in some ginjos. Instead, it shows woody aromas, floral hints, touches of dry autumn leaves (don’t laugh, I know what I mean) and soft earthiness. On the palate its soft acidity make it a very smooth, elegant, easy drink quite rich in umami. This particular sake is made using Omachi rice. Not an uncommon rice variety, but not the most popular either. I find it often to be quite distinctive in that sake using this variety often have an almost chestnut-like aroma and taste. Not exclusive to omachi but for me, common.

Also interestingly, this sake fares well slightly warmed. Now, I know I may have said ginjo should be drunk chilled; and for the most part it should, but a little warmth softens the edges giving a feeling of a buzzed nirvana (too much?).

Philip Harper has been instrumental in getting sake out and about in the English speaking world, authoring a number of books well worth reading if you come across them (which can be difficult in Australia). In the meantime hunt down some Tamagawa sake and see what happens (or more correctly and thankfully doesn’t happen) when a non-Japanese brews it.
Stats: Tamagawa Junmai Ginjo Kyoto
Seimaibuai: 59% Omachi rice

On a recent trip to Japan I stumbled across this little gem from Wakayama in a very small liquor store in Osaka. Oddly, on this occasion I wasn’t even looking for sake. I was a little peckish for some good beer snacks but when I saw what I figured was an homage to the great film director Akira Kurosawa in sake form, how could I resist.

For those that aren’t familiar, Rashomon is the film that brought director Akira Kurosawa to the world’s attention as a serious contender in the international film industry. In particular the style of story telling in the film was something not seen before but has been imitated many times since. Now, I’m no movie critic so I won’t babble on too much about the film but let me just say, if you haven’t seen it – see it!

I wondered if it was just a coincidence but after checking out the website for Tabata Shuzo, the makers of this sake, it turns out the sake was indeed named after the film. Just as Akira Kurosawa reached a wide international audience with Rashomon, a former company president also hoped to break the boundaries with their sake. Well, with the rare honour of having a woman leading the brewing, boundaries are definitely being broken.
The good news is, this is no novelty sake. It pours with a clear, water-like consistency. The nose is led by aromas of pear and melon with a slightly funky background. There is a touch of pepperiness but overall it’s a fat, luscious mouthfeel with a moreish aftertaste. There’s some weight to the body which lends itself to its junmai pedigree but the overall balance is what makes this a very cool sake indeed. It has the weight to man-up to a variety of foods, especially umami-rich foods like scallops, but drinks great just on its own too.
Unfortunately, as far as I know, this sake is not available in Australia. However, it’s a fantastic sake with an interesting back-story I thought. So, in the words of Ferris Bueller, “if you have the means, I highly recommend picking one up”.
By the way, they also have a sake called Seven Samurai also named after another Akira Kurosawa classic.
Stats: Rashomon Junmai Ginjo Wakayama Prefecture
Seimai Buai: 59% Yamadanishiki Rice

Alright, let’s confront the sake slurping elephant in the room.
Whenever the topic of sake comes up the first discussion is usually whether to drink it hot or chilled. And I’m here to tell you that like many things sake (and Japanese for that matter) there is no clear-cut answer. What I can tell you though, is both have their place.

Most people have probably had their introduction to sake through hot or warmed sake (incidentally called O-kan in Japanese). Then, at some point you may have met someone who proclaimed that no longer is it necessary to drink sake warm, it should be drunk chilled. Why? Because sake of days gone by was of a lesser quality and a bit rough, warming it up covered those flaws making the sake more palatable. Now, this is partly true. No doubt the sake making techniques in the old days were not as refined and calculated as they are today. Sake of old was not as aromatic and would’ve been gritty and nutty. The lack of refining techniques probably left some musty type flavours that magically disappeared when the sake was heated. Also, early sake was stored in cedar barrels which would also have contributed to a duller flavour profile. While these may be contributors, it’s not the only reason for warming sake. One glaringly obvious fact is that refrigeration as we know it didn’t exist until the last 150 odd years. Use of ice and snow for refrigeration did exist in some cultures but it was used mostly as a means of preservation of foods. In years gone by, food and drink was taken warm. One reason being it was considered healthier. So, to say sake used to be drunk warm to cover up flaws isn’t entirely correct. Chilled sake was occasionally drunk but warm was considered the standard. 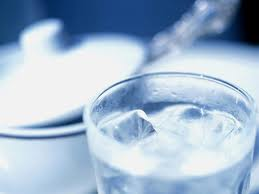 Now, in the case of modern sake, the ginjo style (refined, elegant and aromatic) has only really been around commercially for the last forty years or so. And in fact most of sake’s major technical breakthroughs have occurred in the last 100 years. The development of better rice milling machines for example, enabled brewers to start accurately milling to levels never done before. Along with other factors such as the development of new aromatic yeast strains and cultivating new hybrids of sake rice, this lead to a trend of lighter, aromatic more complex styles of sake that are better appreciated slightly chilled like a white wine.

However, keep in mind there are still breweries out there making sturdy old school sake. Sure, they are making it better than it would have been made a few hundred years ago but it’s still old school. I often find that some of those ricey, chewy junmai (pure rice) sakes can lack in the aroma department when chilled and tend to be a little dull. But give em’ a bit of heat and they can come alive. Notice I say a bit of heat. You don’t want to be serving sake at scalding temperatures. Just warmed, around 40 degrees is nice.

Another thing to take into account is climate. Here in Queensland I don’t often feel the hankering for warm beverages. However, those in cooler areas may find a slightly warmed sake on a cool evening to be quite lush. Japan’s winters can be brutal so it’s little wonder that the tradition of warm sake has held on.
So, it’s probably fair to say when it comes to nama sake (unpasteurized sake that is lively, fresh and zippy), ginjo and definitely daiginjo sake, chilled is the way to go. Honjozo and junmai are also likely to be good chilled but may work warmed depending on the sake. It can simply be a matter of trial and error. The good news is that many breweries put a little guide on the back label of their sake with serving temperature suggestions. As for the cheap nasty stuff? Heat it up.
Ordering in restaurants can be tricky. Sadly, I find a lot of staff (in Australian Japanese restaurants) don’t know their product and will happily offer to serve sake warm or chilled regardless of the sake. If they are strongly recommending you drink their sake warmed it’s sometimes because they know it’s nasty and heating will cover it up. Don’t be afraid to ask your server why they recommend heating. If you’re unsure, usually it’s safer to order the sake chilled and then if it isn’t happening for you ask them to warm it up.