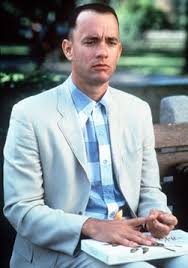 A rather suggestive title for today’s post maybe and one that’s probably best not to google.

So what am I referring to? Well, sake goes through a few processes once the fermentation and pressing has taken place. The sake is usually charcoal (or carbon) filtered, pasteurized, diluted with water and pasteurized again. But increasingly popular is a style known as Muroka (無濾過) Nama (生) Genshu (原酒). Translating to unfiltered, unpasteurized, undiluted, it could be said this is sake in it’s pure unadulterated form.

Firstly, the unfiltered part refers to the fine filtering process not the pressing stage where the liquid is separated from the chunky bits that give us cloudy sake (nigorizake). When sake is fine filtered it cleans the sake up giving it it’s clear, pristine appearance. While this pretties the sake up, it also removes a bit of flavour. Again, when sake is pasteurized it is heated up to kill any bacteria or organisms that have survived the fermentation process. But again some flavour will also be sacrificed as collateral damage for a pure stable sake. Finally, when the sake is cut with water to reduce the alcohol content, the flavour will be thinned out somewhat. Now, saying all this probably provides a good argument for running out and grabbing all the muroka nama genshu you can find. After all, this is the real sake – untouched! True, but it’s important to remember these processes are done for a reason. As much as Muroka Nama Genshu  sake can be bright, fresh and upfront with lots of punch and flavour they can also be a bit over the top at times.

I love a good namazake; great as an aperitif; fruity, vibrant and fantastic with fresh seafood in summer. For some the yeasty pungency that can sometimes be present can be a bit off-putting, a little reminiscent of the smell of white rind cheese. The other problem with unpasteurized sake is storage. In its unpasteurized state the sake can be volatile. If not kept at cool temperatures to stunt any activity from any organisms still not completely dead from the fermentation process secondary fermentation could occur or just throw the whole sake flavour profile off kilter leaving you with a stinky, pungent sake that won’t be particularly pleasant.

Genshu is a fairly niche market. Again, the reason most brewers dilute a sake down is to balance out the flavours. So if a sake is not cut with water as in the case of Genshu it can sometimes be a bit boozey or hot. Then again, a skilled brewer can sometimes bring the ferment to such a good balance that the alcohol level doesn’t creep to high and dilution isn’t necessary. So even though the sake may sit around the standard level of 16%ABV it is actually Genshu. However in these cases it often won’t be advertised on the label. More often that not, if it says Genshu on the label it is higher than normal in alcohol (19-20% or so) and they want you to know it.

All of this gibber jabber brings us to Mutemuka and their Nama Genshu. Hailing from Kochi Prefecture (a personal fave) these guys are one of only a handful of certified organic sake breweries. Given the hassles involved with shipping namazake refrigerated we don’t see a whole lot of them here in Australia but Sydney importers Black Market Sake have quite a few and I was happy to see this one in good condition.
Coming in at 18%ABV this isn’t the highest of the high-octane genshu mentioned above but it’s up there and interestingly doesn’t mention anywhere on the Japanese label that it is in fact a Genshu.
Mutemuka Muroka Nama Genshu 18°
Kochi Prefecture. Seimaibuai 60% for the Koji and 70% for the kakemai (added rice).
Like many namazake it has definite yeasty characters on the nose and hints of strawberries and cream with some nice cocoa powder in the background that comes to the front more as it warms. Quite full-bodied and rich in flavour as you’d expect the alcohol is nicely in check. An umami-rich, bold sake that will please those looking for a sake to jump out at them rather than some of the more subtle styles. Good to see some quality namazake making it to our shores.
Not found in Queensland as far as I know but keep an eye out for it in Sydney and Melbourne restaurants and even a couple of bottle shops like Annandale Cellars. Not cheap though at about $80.

So, it’s a bit late but Monday October 1st was Sake Day, or Nihonshu no Hi as it would be called in Japan.
Why October 1st? Well, there are a couple of reasons and uber sake sensei John Gauntner covers them concisely in his blog so I’ll leave the explanation to him. For me, I like the reasoning that October 1st marks the beginning of the new brewing season. Rice has been harvested, breweries spring cleaned, machinery oiled and polished all ready for “go time” so we can all look forward to our favourite rice brew.

It was in fact the Japan Sake and Shochu Brewers Association that picked the day in 1978 so it’s still a relatively recent addition to the calendar and it isn’t widely recognized outside of the sake world…yet. Obviously here in Australia it goes by with even less of a kerfuffle and I feel a pinge of guilt for not doing anything in particular myself this year other than have a quiet drink.

But as they say; there’s always next year. Hope you enjoyed a glass on Sake Day. But if you didn’t, don’t worry you should never need an excuse to enjoy sake all year round!